I was driving back from Cardigan in the late afternoon a few days ago when I noticed light rays on the horizon.

This may not seem at all significant.  We often see this effect on days were there is broken cloud as the sun passes below the horizon. What made this event unusual was that this photograph is of the horizon to the east.  The light spot seen a little way above the horizon is the Moon which was being illuminated by the sun which was sinking behind me to the west.

As the bank of clouds in front of the light source were not being illuminated by the sun, the sun appeared to be too low to shine directly on the source of the light rays.  I suppose it is possible that the sun was just high enough to strike light source but all of the rest of the clouds in the foreground were in some way masked from the sun. The only other explanation I could think of is that the sunlight coming from behind me was being reflected off ice crystals in the upper atmosphere and striking a cloud on or below the opposite horizon which then acted like a bright light source.

I am open to any other suggestions. 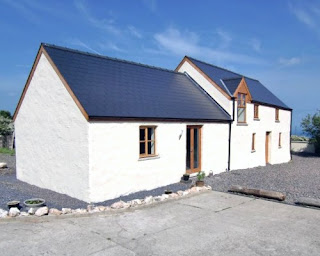 After more than a decade of running Piggery Poke as a hostel for walkers and cyclists, we have decided that the time has come to change Piggery Poke into a self-catering cottage. Over the years, we have enjoyed receiving visitors from the UK as well as overseas, including Europe, Australia, China, America and Canada.  Unfortunately, with the effects of COVID-19, the hostel has had to remain closed for most of 2020 and is likely to have to remain so for the foreseeable future.  Added to this, post-Brexit, we anticipate seeing far fewer visitors from Europe.  Running Piggery Poke as a hostel simply is no longer viable. We have started re-designing the interior and will be seeking planning permission to add a lounge/sun room.  We will end up with a 3 bedroom cottage that sleeps up to 10 people: 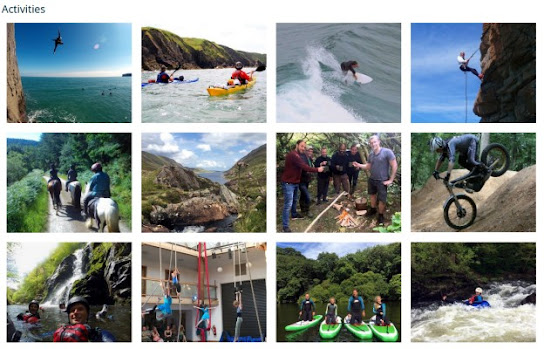 We are starting to build a good number of links to activities, attractions and places to eat for our web site.     As those links are being added, the target suppliers/venues/organisers are being asked if they would be willing to offer our guests a small discount or free incentive to visit them, buy from them or use their services. Guests of Cardigan Coastal Cottages have benefitted from these offers in the past and have enjoyed supporting many local organisations as a result. If you know of any activity providers, attractions or places to eat out that would be suitable for adding to our links page, please let us know. Obviously, we would only like to link to those organisations that you feel offer a quality experience, service or product(s).